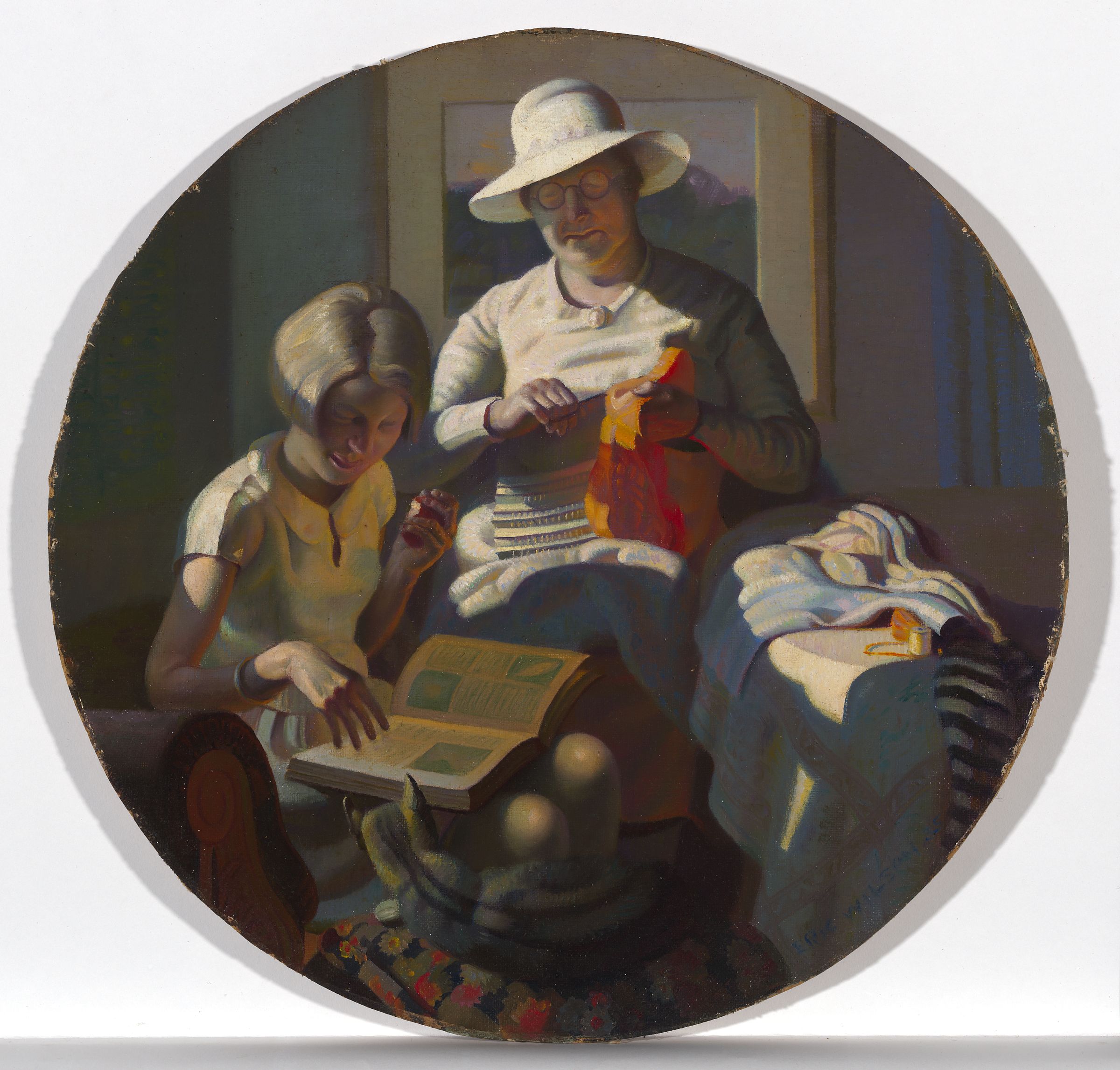 A scholarship winning tour-de-force, Eric Wilson’s Domestic interior employs the unusual tondo, or circular, format to great effect as a metaphor for the intimate family circle. Wilson’s mother is placed at the centre of the work, contentedly absorbed in her mending. To her right a young girl, an open book on her knees, is eating an apple. Is this perhaps the apple of knowledge that is being tasted? A tabby cat, ears pricked and watching intently, completes the group. Domestic interior is above all an image of domestic harmony, presided over by the figure of his mother, its calm mood reinforced by the clarity and emphatic geometric structuring of the composition.

It is almost certain that when painting Domestic interior Wilson had in mind Arthur Murch’s tondo The idle hour 1933 (AGNSW), an intimate picture of a mother and two children. While students of Julian Ashton’s Sydney Art School often felt that in the teaching there was not enough emphasis on composition, in Domestic interior Wilson orchestrates a virtuoso arrangement of interlocking figures tightly contained within the circular frame. This circular form is repeated throughout the work, in the curve of the cat’s back, the round table and in the mother’s hat that is contrasted with the rectangular painting on the wall behind. A shaft of brilliant light falls diagonally across the scene, intersecting the forms into a complex play of lights and shadows, creating a highly patterned and decorative effect.

The City of Liverpool and District Historical Society inc.